The Many Worlds of Mainland “British Latin America” 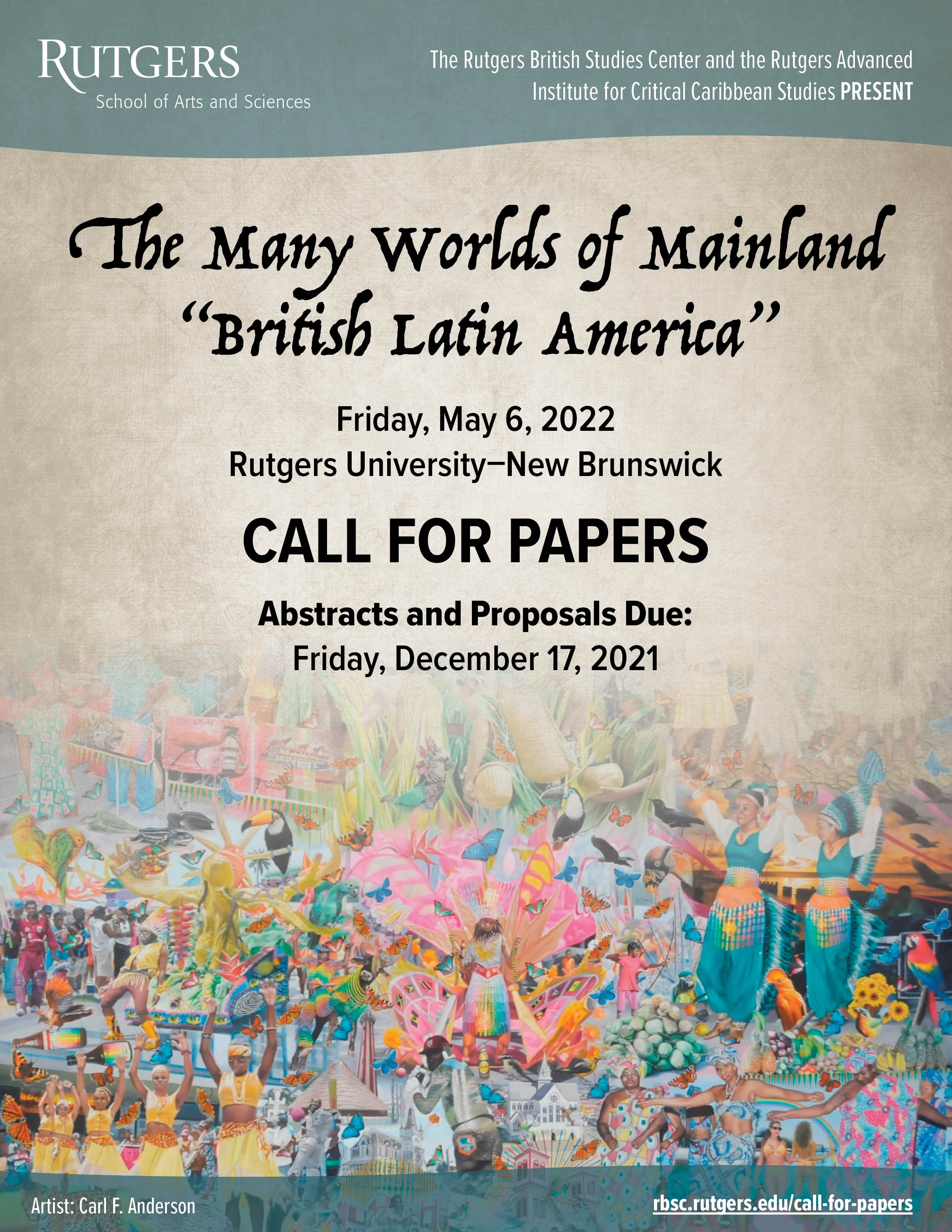 Scholarship on the Caribbean has transformed our understanding of the modern world by shifting our thinking about fundamental and global historical processes including diaspora, resistance, revolution, culture, genocide, enslavement, systems of gender and race-based labor extraction, capitalism, globalization, and knowledge production itself. Such work has also increasingly informed contemporary approaches to the scholarship of the mainland Americas and oceanic histories. However, two of Britain’s former mainland Caribbean colonies, British Guiana (Guyana) and British Honduras (Belize) rarely figure centrally in such narratives and are often on the margins of colonial mapping. The sequestration of their histories in part signals the particularities of their post-World War II colonial and post-independence relationships to Britain. What histories and heretofore occluded stories emerge when we center these countries and their multi-racial peoples in entangled local, national, Caribbean and Latin American, imperial and global formations? What are their current conjunctures? How do their grounded realities articulate with regional geopolitical and social transformations? How do these places challenge or enhance our understanding of the Caribbean, Latin America, and British Studies? Pushing on and beyond colonial borders and imaginaries makes it possible to put these places back into conversation with their neighbors, both historically and contemporarily.

Motivated by these questions, this workshop seeks scholars whose work reckons with some aspect of the British presence and legacy in mainland Latin America—whether in terms of formal colonial control, an “empire of neglect,” or informal empire. We especially welcome those who question the very notion of “British Studies,” and, more generally, put critical pressure on “Area Studies” frameworks developed during the Cold War, and see their work in productive tension with such formulations.

We are interested in scholarship in a variety of spaces across mainland Latin America, particularly Guyana and Belize on

We encourage papers that attend to the links between these themes as well as networks in a variety of spaces across the mainland Americas, but also among diverse historical actors— from the Miskitu coastal region to former circum-Caribbean British spaces like San Andres (Colombia), to British enslavers in Venezuela—dating from the sixteenth century to the present. Projects examining the relations between these spaces and actors and the United Kingdom would be most welcome. Finally, we encourage scholarship from a variety of disciplines and interdisciplinary approaches from history, anthropology and literature to ethnic studies and film/performance studies. Decisions about submitted proposals will be made by January 3, 2022.

Workshop attendees will be expected to pre-circulate papers in advance of the workshop, which will take place on Friday, May 6, 2022, at Rutgers University, New Brunswick.

Please send a PDF with your name, affiliation, a short bio, and a brief 500- word description of your paper to Quiyana Butler at This email address is being protected from spambots. You need JavaScript enabled to view it.by Friday, December 17, 2021.

We expect pre-circulated draft papers from presenters (from 4-10,000 words) to be submitted by Friday, April 1.

The workshop will feature morning and afternoon sessions of pre-circulated papers with commentary, a lunch keynote, and a final plenary session featuring intellectual leaders in the field. Workshop attendees will be provided with food and accommodations; limited support for travel may be provided for those without any access to funding. We aspire to conduct this gathering entirely in person, but the workshop may have hybrid Zoom options or go entirely virtual depending on the changing landscape of the ongoing pandemic.

This symposium is hosted by the Rutgers British Studies Center and the Rutgers Advanced Institute for Critical Caribbean Studies with the following co-sponsors: the Department of History, the Institute for the Study of Global Racial Justice, the South Asian Studies Program, the Department of Africana Studies, and the Center for Latin American Studies at the School of Arts and Sciences, Rutgers University–New Brunswick.